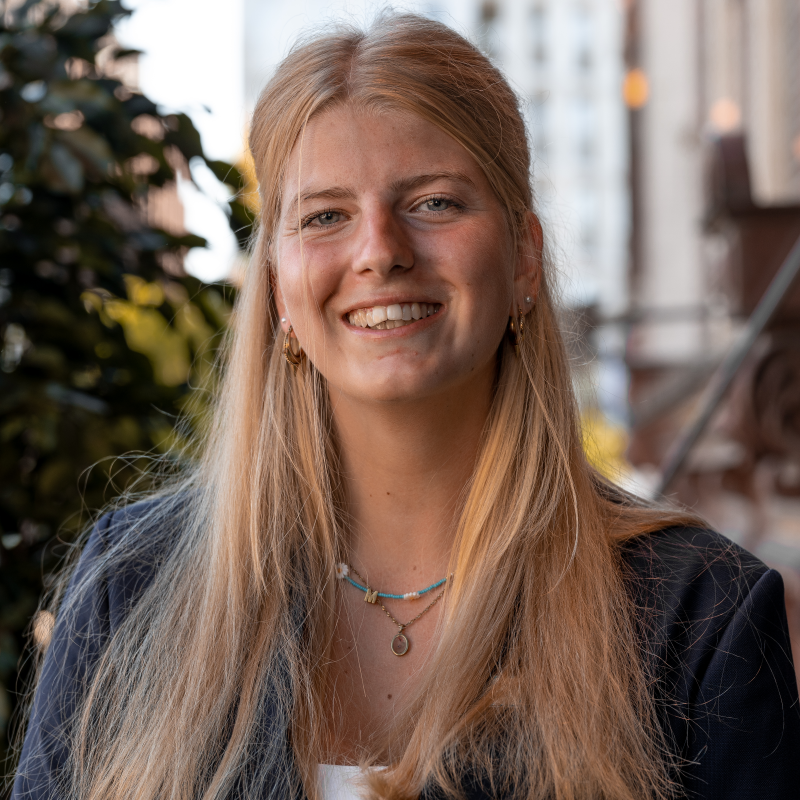 I am 21 years old and I was born and raised in the province of the beautiful Groningen. I am currently studying the Msc. Change Management and I have already finished the Bsc. International Business in Groningen also. In the four years that I have been studying in Groningen I have done several extracurricular activities, one of them being part of the EBF Christmas ball committee in my first year. Afterwards, I became an active member at the rowing association G.S.R 'Aegir' where I have been part of several committees, did the so-called wedstrijd roeien in the women's  freshmen's eight as well as I have been a coach for the men's freshmen's eight in the year after. After having gained these amazing experiences I decided it was time for the next step: doing a board year. I looked back on an amazing time as an active member of the EBF in 2018 and enjoyed it so much that I decided to make a comeback there. I really see the added value of the EBF to my time as a student at the Faculty of Economics and Business in both a formal and an informal manner and I am excited to contribute to the association on a full-time basis. Until now I have not regretted my decision for a minute and I am looking forward to the upcoming Academic year in which I hope to meet you all and make the greatest memories!