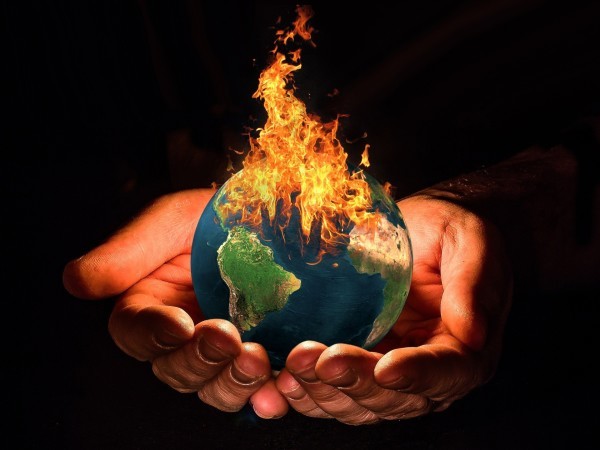 One of the major problems our generation is facing is global warming, its impact on our planet and us, and how it influences the corporate social responsibility of firms. In this journal, we will mainly focus on what the environmental changes imply for the global economy.

As you may already be aware, over the last years we have seen devastating natural disasters worldwide. From deadly wildfires to destructive storms. Among others, global warming has great consequences on the environment, such as extreme temperatures, sea-level rise, floods, droughts, tornadoes, hurricanes, and the list continues. In fact, the years from 2015 to 2018 were the four hottest years ever recorded. But now that we know climate change is influencing the environment in such a way, how are businesses getting hurt by this and what can they do to better improve the situation?

As previously mentioned, natural disasters cause tremendous damages to goods, infrastructures and properties, our health, and the economy. In fact, over 22 sectors may be at risk when facing climate change, creating substantially higher costs for each country to repair and maintain these sectors, thus negatively affecting the economy of each country. As a result, climate-related disasters have cost nearly $2.3 trillion over the past two decades. Additionally, these damages disrupt daily life and productivity. For example, a storm could block workers from going to work, thus having negative effects on the chain of productivity of businesses. It is more affected nowadays as firms have increasingly become more globalized and interconnected with each other. Therefore if an industry or business suspends its activities due to an unexpected natural event, it may affect the whole Global Value Chain (GVC) situated in different countries, creating a loss of productivity on a global scale as countries are now more than ever dependent on each other. This is what happened in 2011 with an earthquake and tsunami striking Japan, which consequently slowed down the production of the motor vehicle supply chain (pieces that were then to be assembled in the US). Automakers had to stay closed for several weeks and, as a result, lost millions of units of vehicle production. So, knowing how businesses could be impacted by the side-effects of climate change, what can they do as a whole to try to prevent them in the future?

Over the last decade, heads of governments worldwide, such as G7 (previously known as G8), have been meeting to come into agreements on how to stop climate change and prevent further damages. The truth is, climate change can’t be fixed overnight: it has been a long-evolving journey of increasing contamination and pollution. But heads of governments are realizing that they have to act immediately, or else the effects of climate change are irreversible. Because of that, around 4 years ago, 195 countries came together to adopt The Paris Agreement, a global action plan to tackle climate change. It aims to mitigate global greenhouse-gas emissions as much as possible, where every country has to set an annual emissions target stricter than the year before, thus gradually decreasing greenhouse gas emissions. At first, companies struggle to find ways to reduce these emissions, but the Paris Agreement also has beneficial economic effects, more specifically over $26 trillion globally of low carbon economy benefits, according to the Global Commission on Economy and Climate. Additionally, over 24 million new jobs could be created by 2030, tackling other problems such as unemployment. Last but not least, a group of investors controlling nearly half of the world’s invested capital are urging companies to comply with the Paris Agreement and take immediate measures to reduce the impact of climate change.

Economically speaking, global warming is damaging many sectors by impacting productivity and increasing costs through many disasters and other side effects. In order to slow down the negative effects, and potentially reversing them, strict measures have been taken immediately. Even though we’ve discussed climate change has many negative effects, some positive ones can also be noted such as job creation and economic benefits for businesses regarding the Paris Agreement. Overall, climate change will continue to evolve, but businesses and governments are increasing their awareness of the situation, with the exception of other countries who are ignoring it, with hopes of improving the quality of life of future generations.