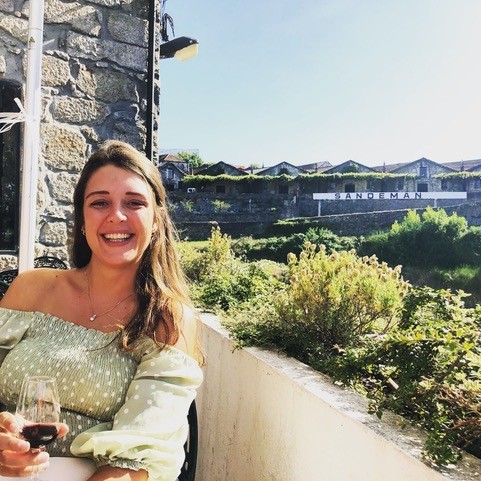 During the first year of my studies at the RUG I got familiar with the EBF. I immediately became impressed with the quality of the events that were organised and the friendly, open atmosphere at the association. I knew that I wanted to become a part of this great association and that is when I became an active member! After several years of studying and joining multiple committees and events at the EBF, I reached my Masters and decided that I wanted to apply for an EBF Board year. Not only did I not want my student life to end yet, I also wanted to have the same great experiences I had always heard previous board members telling stories about!

After an exciting period of applying, I was appointed Chair(wo)man and together with 7 others the adventure of being in the EBF Board began. From the very first day on you get to experience a great mix of responsibilities and fun. You become responsible for running one of the largest study associations of the Netherlands and everything that comes with it. In doing so, you will develop yourself and gain important skills that will come in handy during the rest of your studies and career. For me, I developed leadership and negotiation skills, became more confident in speaking in public, and got better at giving and receiving feedback. But next to this steep learning curve, you will also have a lot of fun together with the rest of your board and all the other people that you meet during the year. You will go to many events, both formal and informal, and work together as a team on improving the association. The relationships you build in doing so and the memories you make during the year (and after that!) will last forever and are among the most valuable aspects of doing a board year!

So, if you are interested in developing yourself professionally, while at the same time having a great time and making friends for life I would definitely recommend you to apply for the EBF Board. Who knows, maybe we will see each other at the next EBF Board reunion and have a drink together!