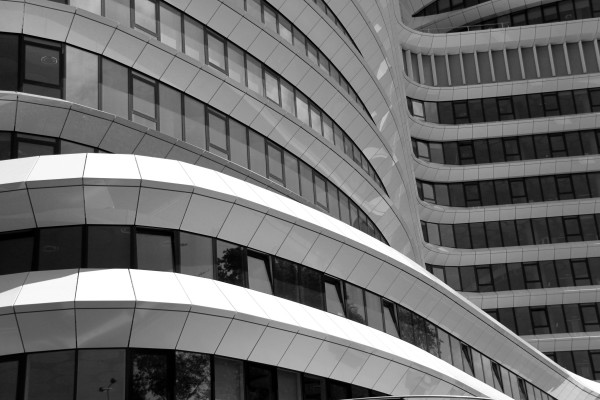 The advent of the internet marked a complete paradigm shift from previous methods of commerce and revolutionized not only marketplaces but entire business systems, as well as the ways in which trade is conducted. The ease of use and accessibility of information in the 21st century has led to changes such as the disintermediation of distributors and wholesalers in favor of direct-to-consumer models and we now see companies such as Apple or Dell that have taken full advantage of this change and managed to build trust in their brands through a direct relationship with their customers.
As we now enter the second generation of the internet, a new type of technology is on the horizon that seems to promise yet another revolution in how business works. At its simplest, a blockchain is a distributed ledger that records and encrypts information in so-called “blocks” which are linked to each other in a chain-like fashion. The way that it is set up essentially prohibits the modification of the blocks after they have been written, and the fact that it is publically accessible by anyone carries a number of implications. Could blockchain technology be the driving force that ushers in a new era of information?

Firstly, we should take a look at its history and prior functionality. It was first used in 2008 by Satoshi Nakamoto to lay the foundation of the now-famous crypto-currency Bitcoin. By using a relatively complex set of mathematical equations, the ledger would permanently record transactions between two parties without associating them to the transaction. It is now estimated that the Bitcoin blockchain contains upwards of 20GB of transactions. Although it was heralded as the future of currency, its volatile nature and unpredictability led it to fall short of these lofty expectations.
However, its use in crypto-currency was only the beginning, and now, several years later, its possible applications have grown exponentially. Still, it is important to note that it is a more foundational technology, an open system upon which different applications can be built, rather than a disruptive technology that quickly replaces incumbent systems.
Nevertheless, the sector that prompted the birth of Bitcoin, finance, is also the sector that could see the most improvement from this technology. Tamper-proof distributed ledgers would eliminate much of the uncertainty faced by banks and other financial institutions, while decentralized payment systems would finally eliminate the role of the central bank in moderating all transactions. The implications are far-ranging, not only in developed banking systems but also in places where people have less access to financial tools, all the while streamlining the transaction processes across the globe. Additionally, smart contracts and autonomous agents that can execute complex tasks, such as incorporating a firm or enforcing a legal contract, without human intervention would lead to a sharp drop in transaction and agency costs, enabling entire companies to streamline and even automate their operations. In the future, there could be less need for credit rating companies given that verifiable public records exist, thus causing disintermediation and raising value for consumers.
The distributed ledger could also have applications in other sectors. Building on the idea of fast, encrypted and open transactions, people are beginning to use blockchain technology not only in the transfer of currency but also of assets, legal documents and even intellectual property. Many startup companies based on blockchain systems are appearing, with varying degrees of success. The music industry, for example, is a prime target for disintermediation with upwards of 75% of generated revenue not going to the artists. This is where startup BitTunes comes in, directly linking music creators to their fans. Another example is HitFin, a vertically integrated trading platform that enables its users to bypass brokerage firms in finance.
However, it is not only newcomers who are making use of this technology. Industry giant IBM, for instance, is actively participating in pushing the boundaries of blockchain by investing and supporting projects such as the Hyperledger, an open-source project developing practical business applications for the new technology. At the same time, financial institutions such as the NASDAQ index and banks from around the world are embracing blockchain in an attempt to stay ahead of the innovation curve.

It might be that we will not see a commercially-viable application of blockchain technology for the next couple of years, but as IBM, the NASDAQ index and the Bank of England (among others) have shown by adopting the technology in different ways, there is a significant trend in that direction. We can be sure that in the future, blockchain-based technologies will play a larger role in business and shift the dynamics of international trade.