The City as a Brand

When you arrive at Schiphol Airport or when you visit Amsterdam, you probably encounter it: the I Amsterdam sign. With the slogan being sold on thousands of tourist products and the urban sculpture on the Museumplein being one of the most photographed spots in Amsterdam, we cannot picture the city without its slogan anymore. However, Amsterdam is not the only city with its own slogan and/or marketing policy. Think of ‘I love New York’ and of course ‘Er gaat niets boven Groningen’. My question is, why do cities do this and what does it take to create a successful city marketing policy?

It is said that New York City gave birth to the concept of ‘city marketing’/’city branding’ with its famous ‘I love New York’ slogan around the end of the 1970s. It was used to show the world the city’s power of personality and persuade its meaning to its inhabitant, companies and visitors. While the city was coping with an economic recession, city officials focused on promoting New York to both businesses and tourists. “We think that New York has enormous advantages over other places…but you have to tell people that,” the mayor said. “Any company that has a brand name that they’ve tried to promote and maintain…can tell you [it] is a nonstop, constant, expensive proposition’’ (Stohr, 2003). As soon as businesses and its employees were leaving the city and tourism started to decline, Milton Glaser was asked to develop a campaign and the ‘I <3 NY’ slogan was born.

Cities can have multiple reasons to develop a marketing policy, but for most cities, the main purpose is to attract businesses, tourists, new residents and talent to its city and to create a great brand. According to Saffron Brand Consultants, the brand of a place can be defined as ‘’the average or common perceptions and associations people have with that place’’ (Hildreth, 2008). It is not just about a logo or a tagline and it’s also not a promotional campaign or advertising. It is a whole transformation of a city’s image.

It is a whole transformation of a city’s image.

A good brand reputation is, of course, a valuable asset to any city. It can help to promote export and boosts inhabitants’ pride. However, city marketing always has one clear goal: to develop alike shared impressions among residents and visitors that reveal the beauty and attractiveness of a particular place.

In Amsterdam’s case, the need for a new marketing policy was to rebrand the city’s image. In 2002, Amsterdam dropped in various rankings (top tourist city, top conference city, etc.), and the city realised they needed to step up its game. Amsterdam wanted to get rid of the image of being the city of sex, drugs, and canals and wanted to give more attention to its key values: creativity, innovation, and spirit of commerce. In figure 1, you can see priorities, opportunities and the blank spots for the then-current situation and the future goals in order to change the city’s image. 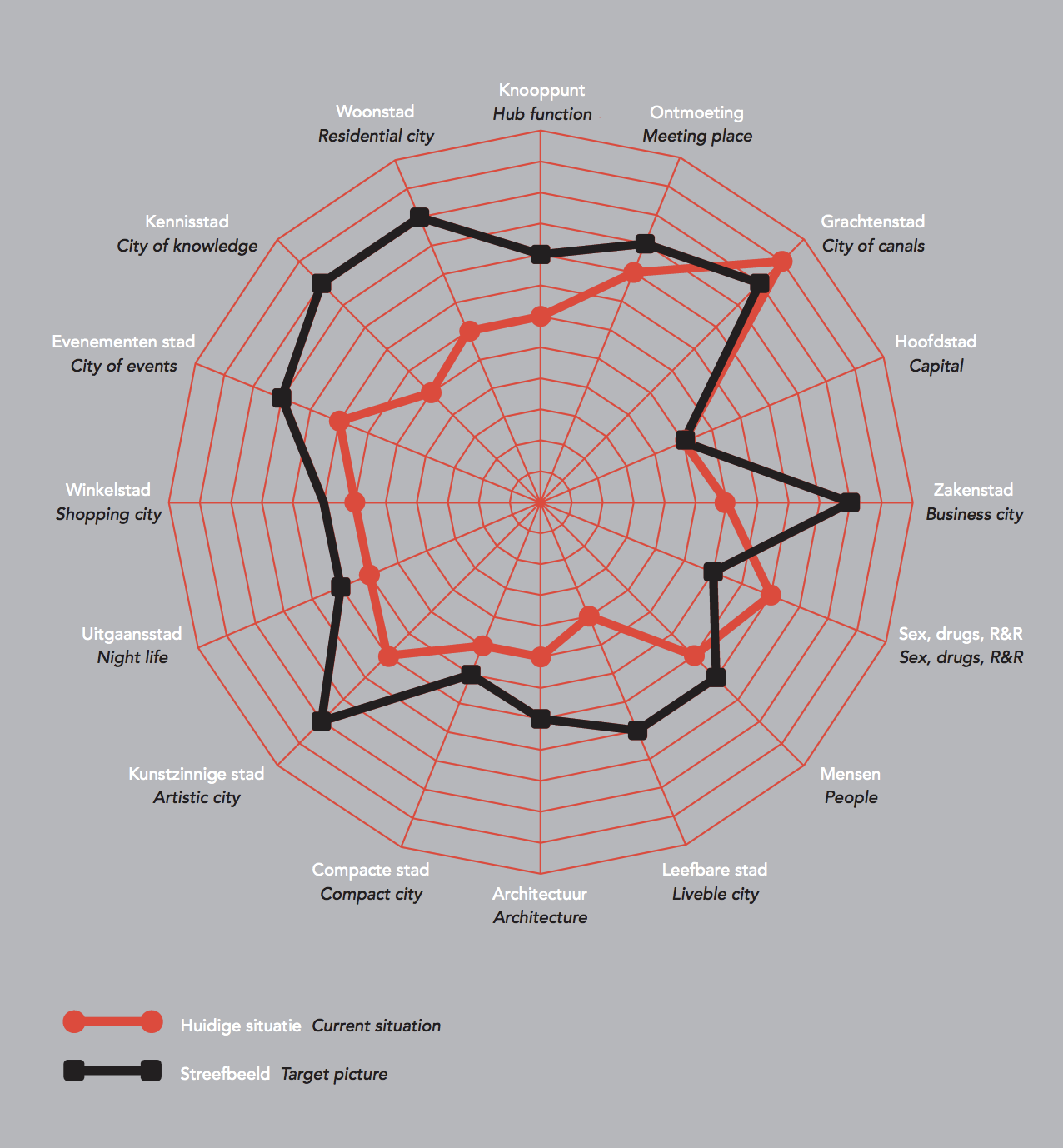 Figure 1: Valuation of the sixteen dimensions of Amsterdam in a spidergraph

With the goals being set, the branding concept had to be made. Over the years Amsterdam had multiple ‘carriers’, such as ‘Amsterdam has it’, ‘Capital of Sports’, and ‘Small City, Big Business’. However, these slogans did not have what it takes to carry the image of the city. They either covered one single dimension of Amsterdam or focused too much on one single target group. The new slogan needed to be recognisable yet less distinctive and less specific to the city. For example, ‘Amsterdam city of art’ is neither unique nor distinctive in the marketing war between cities, as there are more art cities. Furthermore, a slogan such as ‘Amsterdam has it’ does not say much about the city’s identity. I Amsterdam serves as an umbrella in both practical and intrinsic sense for the main benefits and values of the city. The slogan has the same quality as ‘I love New York’. It is easy to remember, and it covers the identity while being able to cover more than just one dimension of the city with its slogan. Amsterdam invites you to be part of the city: I Amsterdam: the citizens, businesses, visitors, we are all Amsterdam.

After the slogan being set, Amsterdam started to create a real identity. Local businesses and organisations started to use the I Amsterdam logo, and even a website, Twitter account, Facebook page, and an app were established. Everything you can expect during a normal marketing campaign. And it seems to have worked for the city. After its launch in 2004, the city got its position back in the top five European cities based on strengths and cultural assets, tourism increased, and the business environment is good. With a lot of effort and maintenance still being put in the brand identity, this logo still seems to work for Amsterdam.

How to be a successful city brand?

The Saffron Brand Consultants came up with ten city brand criteria in order to boost a city’s brand:

If a city wants to improve its city brand, it should focus on improving the criteria where they score poorly on now. But the key to establishing a city brand, according to José Torres (Bloom Consulting), is not about inventing something but about discovering what is already there.

City marketing becomes more and more important for cities in order to attract tourists, businesses, new residents and talent. However, finding a marketing policy that can tell the identity of a city in just a few words, is hard to think of. For Amsterdam, it seemed to work out to change its identity and to climb up into the rankings again. It looks like there are multiple ways to create a successful marketing policy, but in my opinion, it is about creating a strong identity with a long-term vision and highlighting/pointing out the things that are already great in a city while trying to improve other low-scoring aspects.

Arifon, O. (2017, April 26). Rescaling through city branding: The case of Amsterdam. Retrieved from The Conversation: http://theconversation.com/rescaling-through-city-branding-the-case-of-amsterdam-71956

Stamp, J. (2012, August 30). Rebranding Amsterdam and What It Means to Rebrand a City . Retrieved from Smithsonian: https://www.smithsonianmag.com/arts-culture/rebranding-amsterdam-and-what-it-means-to-rebrand-a-city-19539392/